‘Murder Book’ on ID Network is addictive for a reason. It’s our basic human instinct to be curious about crime and violence – to feel for the victims and fear our own demise.  The “who done it’s” of film and television suck us in every time.  While the majority of society move through life without so much as a speeding ticket, there are those in our world who perpetrate horrible acts against unsuspecting victims every day – it’s fascinating.

The Netflix series ‘Making a Murderer’ is a 10 part series turned viral sensation that shocked viewers who may be new to this type of content.  For the team behind ‘Murder Book’, it was just another day at the office.

Season two of ‘Murder Book’ takes us deep into the bizarre and unexpected.  Cold cases that seemed impossible to solve in the 70’s, 80’s, or 90’s turned triumphs for diligent detectives thanks to advances in technology and research.  Want to see how detectives solved a murder that took place on a lake in the dead of night?  Curious how a car dealership played into a mysterious murder?   Want to know how a diamond helped bring a killer to justice?  For this and more, tune in to ID Network Thursday nights at 8pm. 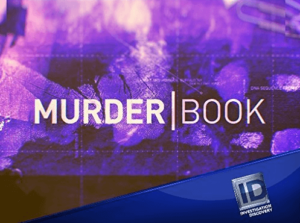 « Happy New Year – Get In The Game